Or the Different Personality Types

It is likely that we often think that nobody understands us or that we do not understand other people. And we simply summarize it with the phrase “I am surrounded by idiots”, with a strong charge of anger and frustration.

However, when analyzing it from the point of view of psychology, we will see that this statement is not always true. What happens is that we are surrounded by people with personalities different from ours (Different Personality Types).

Sometimes it is difficult for us to understand and make ourselves understood, which is why I found this podcast by Salvador Mingo very interesting. His analysis is based on Thomas Erikson’s book “The Man Who Was Surrounded by Idiots (How to Understand Those We Cannot Understand)”.

Hippocrates (Greek physician – 5th century BC) already recognized that there were 4 main types of personality, which he summarized using colors: 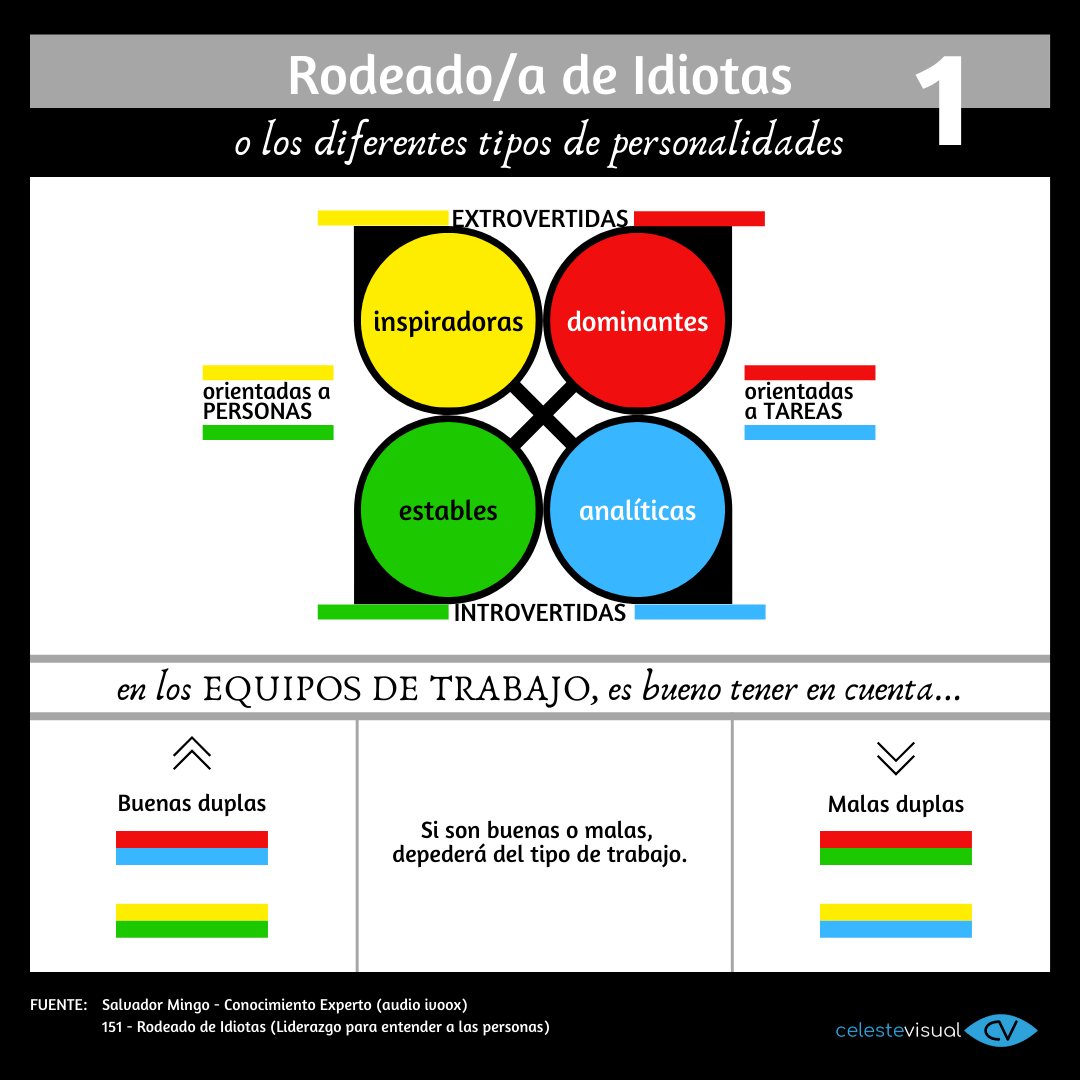 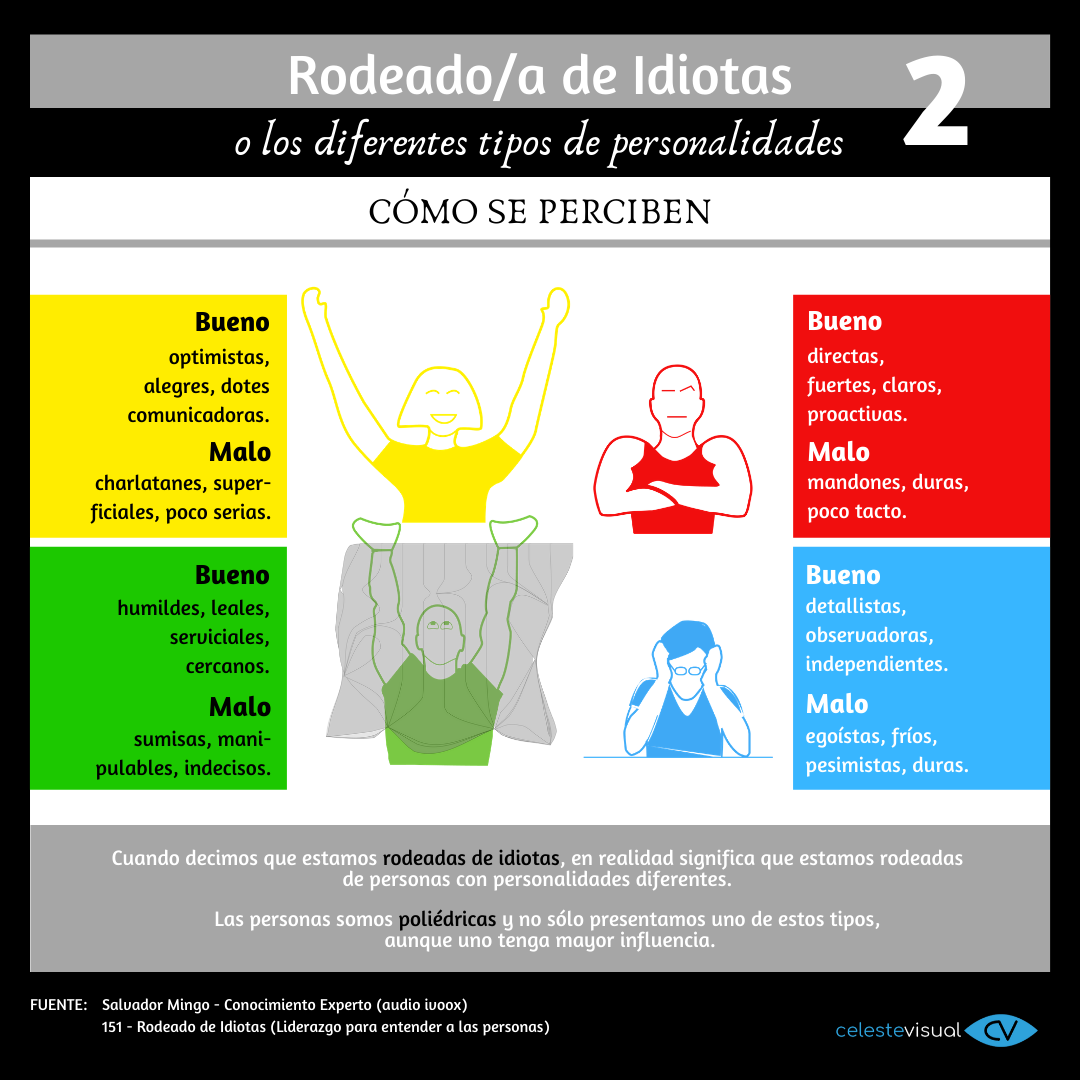 NOTE: In the article “The 4 temperaments of the human being” (in Spanish) we see that Hippocrates‘ contribution focused on the humors. These are the substances that circulate through our body: black bile, yellow bile, blood and phlegm. In other words, it was a biological approach rather than a psychological one (although transversal). It would be Galen, in the second century BC. who would delve further into the theory of personalities. Or, as he called it, of the 4 temperaments, which he related to the 4 elements: fire, earth, water and air.

Although we tend to one of these personality types, people harbor variations and contradictions, so it is likely that at some point we will show features that are not characteristic of “our color”. However, while it is more common for yellow to behave like red and vice versa, it is not as common for yellow to behave like green and blue (although it can happen, it is just not a trend). The same would happen with greens and blues, but in reverse: a green will tend more to a blue (and vice versa) than to yellow and red.